We’re made up to be hosting this show as part of Independent Venue Week 2023, bringing two supremely talented groups to our stage for the kind of exhilarating live show that is the essence of IVW. The ‘On Rotation’ tour means that the two artists will be sharing headline duties throughout the dates on the tour.

THUS LOVE are a trio from Battleboro, Vermont, whose debut album Memorial (Captured Tracks) is a celebration of their bond as much as their retro-futuristic aesthetic. It’s indie with a flash of Marr-esque guitars; post-punk with the strut of 80s New Wave. DIY is an ethos that reflects not only their musical vision but their very existence as three self-identifying trans artists.

M(h)aol are firm Future Yard favourites. They were part of our fabric even before playing on our stage as part of our annual Future Now weekender in August 2022, where they delivered the set of the weekend. But it’s not just us who are fans of the Dubliners’ bass-driven punk scree. “A rumbling cacophony of post-punk noise designed to dismantle the misconception that gender is binary,” said Get In Her Ears about 2020’s Gender Studies EP (Tulle Records).

Support on the night comes from Liverpool’s own dance-punk soiree instigators The DSM IV, a band known for their unique & inimitable cocktail of visceral music – electro beats, poetic rock n roll guitars, uncompromising storytelling & performance- woven into new anthems for those who love the real thing. 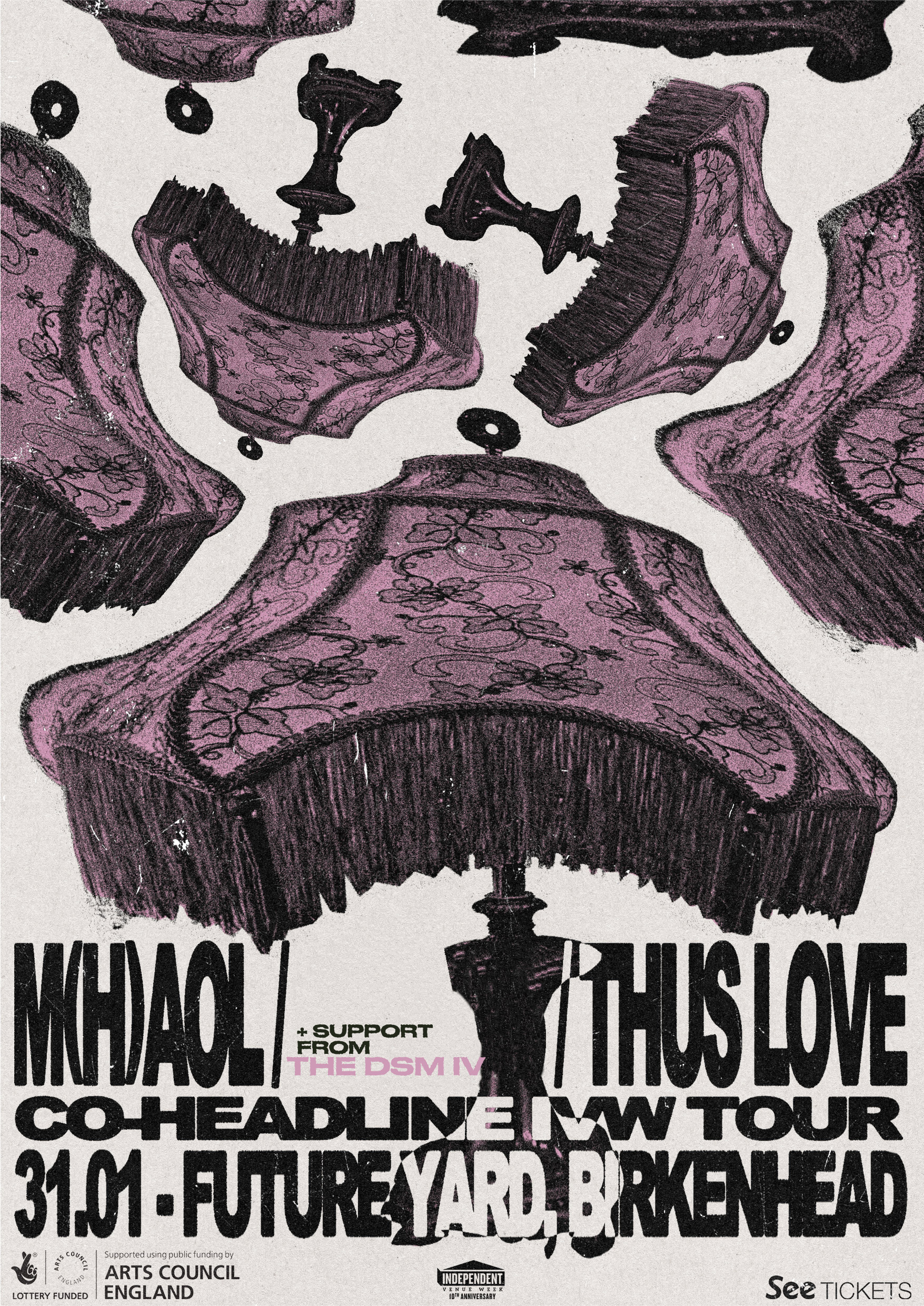 Sprints were originally scheduled to play this show, as a triple headline show. Unfortunately they are no longer able to play this date due to new scheduling. They will be replaced by a special guest very soon.

If you would like to request a refund for the show, please email us on tickets@futureyard.org.

NB – Times subject to change. Please check Future Yard social media for latest updates on the day of the show.

Tickets available on the door.
Venue open all day from 10am – bar closes at 12am. Kitchen open 4pm-9pm.