We are thrilled to announce that Libertino Records‘ Welsh invasion of Future Yard continues into 2023 as SISTER WIVES take our stage on February. Forming in 2018, the quartet conceive wild tales that flit between Welsh and English language, sung over cavernous melodies and hypnotic beats. Their post-punk, prog-flecked psychedelia rumbles deep inside your soul and shames all those who deserve it. Their debut album Y Gawres (The Giantess)  is set to be released on 28th October, with plenty of time for you to immerse yourself in the record’s cavernous mix of psychedelia, folk, post-punk, garage and 70s glam rock before their February gig here in Birkenhead. As part of Dydd Miwsig Cymru on 10th Feb, a plethora of Welsh talent will join Sister Wives on the night – the Welsh Language KIM HON, Wrecsam’s-own Hazmat + Egotist.

Tickets on sale now. *This is a rescheduled date, all tickets for the original date, 20.11.22, remain valid*

The title for their new LP, ‘Y Gawres‘ inspired by the ancient burial site on Anglesey, Barclodiad y Gawres, which translates to “The Giantess’s Apronful”. While giants are central to the nation’s folklore, it’s rare to hear of female giants. The idea led the Sheffield-based band — consisting of Donna Lee (vocals/keys/synths), Rose Love (vocals/bass), Liv Willars (vocals/guitar), Lisa O’Hara (vocals/drums) — to picture a devastating, nurturing, awe-inspiring, and most importantly feminine force of their own. Thus, they created the album’s title track, conceiving a story of a giantess queen with unlimited power. “We talk about her ripping mountains and feeding the whole world — she is sustainer and destroyer. She represents women, nature and their power,” explain the band.

The album’s lyrics are divided between English and Lee’s native Welsh, and the country is deeply present across the album. It’s important to Lee to represent the Welsh language and Welshness outside of Wales, with the band often making connections with Welsh audience members at their Yorkshire gigs, and showing others that singing in the language is viable and meaningful.

At the core of Y Gawres is reclamation. Stamping a space for themselves, women, and anyone pushing against patriarchal norms; whether it’s in the folklore of the past or now. “We think it’s important to be visible as a band of women in our thirties who are still playing gigs and making noise, rather than retreating into more socially acceptable roles and hanging up our instruments,” the band affirm. With this in mind, Sister Wives have created an honest, bold and musically distinct debut entirely on their own terms. 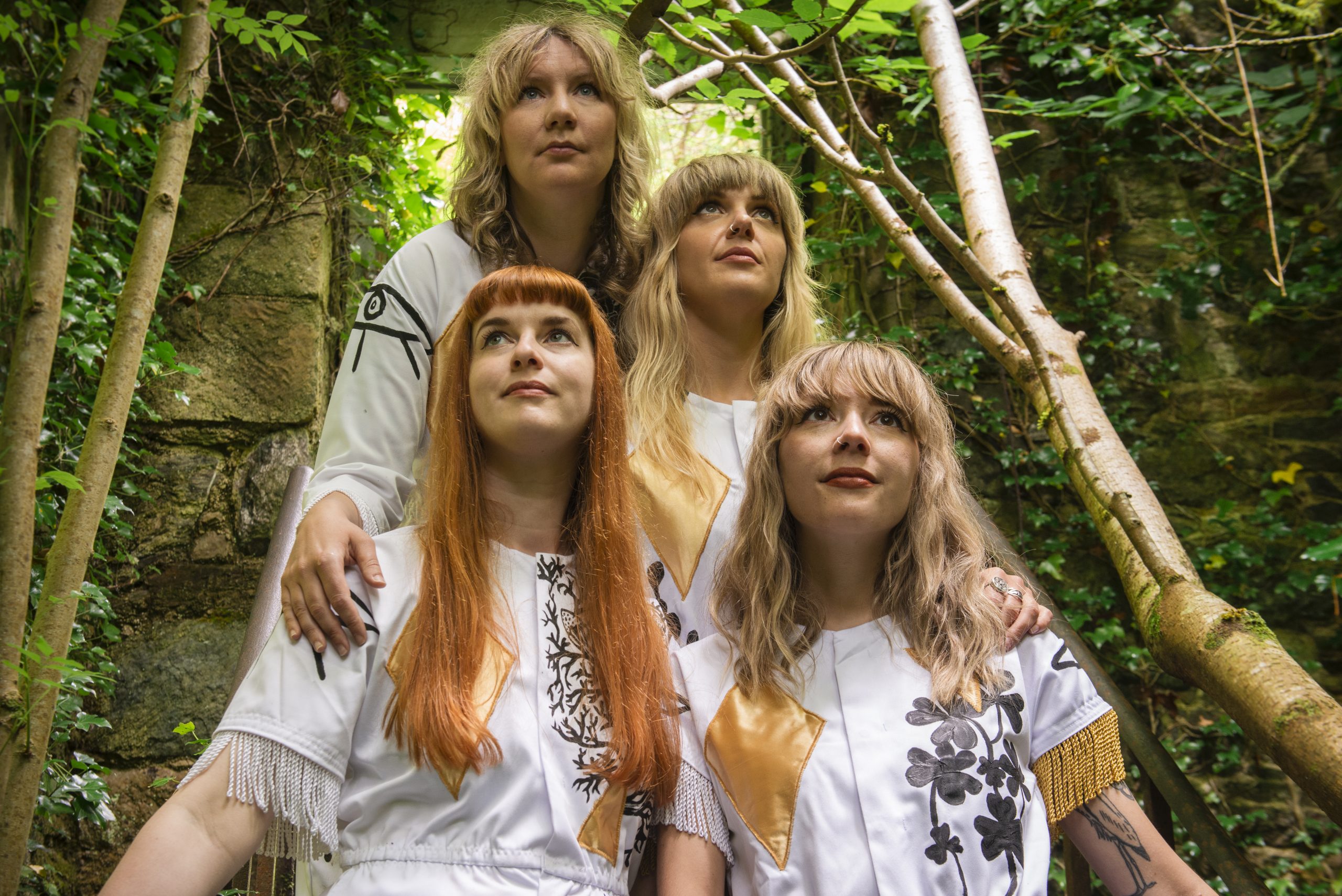