+ THE SHIPBUILDERS + NIKKI AND THE WAVES

On Saturday 5th November 2022 we celebrate this year’s Bonfire Night in some real sonic style. Future Yard favourites and Scouse-icana legends The Shipbuilders perform on our outdoor stage, along with the unashamedly fun-loving pop of Nikki and the Waves. A full firework display launched from our garden will light up the Birkenhead sky, with the wonderful Queensway Collective providing the soundtrack for the lightshow, as well as hosting the official after party in the bar once the outside fun is over. Our garden bar will also be on hand throughout the evening with a selection of seasonal warmers to keep the Autumn chills at bay.

5pm doors. Fireworks beginning at 7:30, followed by the after-party going long into the night. 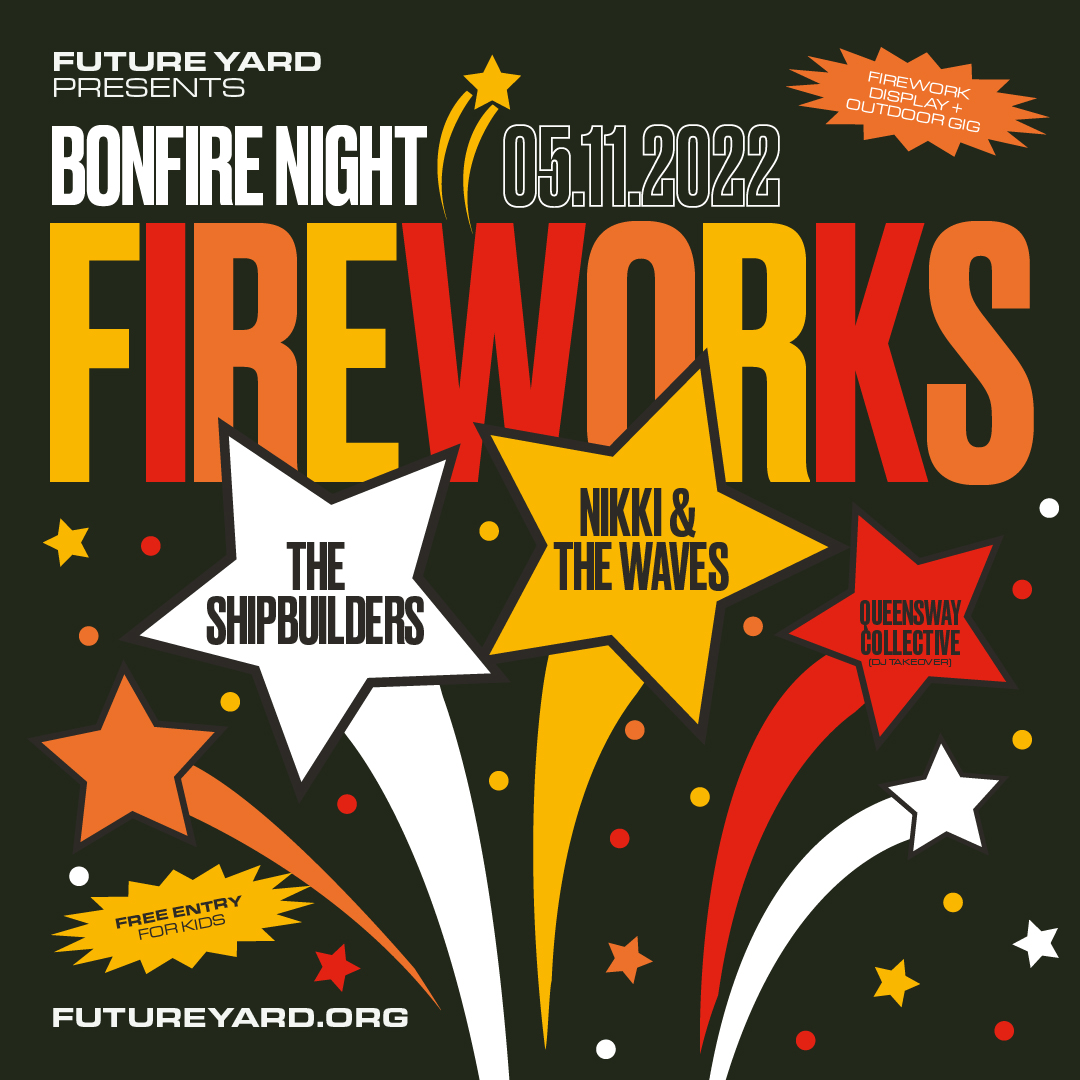 Nikki & the Waves, self-dubbed ‘the band you want to bring home to your parents’, are a group unashamed to be referred to as ‘pop’.

Consisting of Amsterdam-born front woman Nikki Milla, and completed by Tom Want (drums) and Tom Bonez (multi-instrumentalist) who met in Liverpool, before they relocated to Manchester. What began as making demos with friends, lead to James Skelly (The Coral, Blossoms) working with them on their summer 2020 single ‘Shirts’. The record immediately getting Radio X, BBC Introducing Spotify editorial playlisters excited.

After supporting SOAK, TOPS, Push Baby, The Mysterines, All We Are and Big Joanie (as well impressing audiences at Isle of Wight/Sound City festival). Nikki & the Waves are set to play headline gigs in London, Liverpool and Chester during autumn 2022 and have been asked by Peaness to be their support Manchester’s Gorilla. June 2022 saw the release of their new 6-track EP ‘Songs To Play Tennis To’ produced by Joel Patchett (The Orielles, King Krule). The EP was heavily rotated on Amazing Radio, & BBC Introducing, New Music Friday on Spotify numerous radio stations around the world with single ‘E.L.C.’ being playlisted by John Kennedy on Radio X.